Does a violin tone come from the devil, from God or just from us, mortals? Was Stradivarius a magician, Paganini the devil's artist and Heifetz a disciple of God? Or is his beautiful, radiant violin sound just a matter of physics, the result of a complicated sawtooth vibration created when a stiff, hairy stick is strung along a string? If so, then Jascha Heifetz had a great sense of physics. There are quite a few factors that influence the shape of that vibration, and thus the character of the tone, however, they were in good hands with Heifetz. Whether it was God, as Heifetz 'fellow students claimed, or coincidence, all the necessities for the very best violinist belong to him. The pressure and speed of the bow and where it strikes the string largely determine the sound, and Heifetz's bow distribution was phenomenal. His slender fingers kept the interface between the fretboard and a down pressed string, enhancing clarity. The suppleness of his fingers also made it that no position was too difficult to grasp for Heifetz. He has a very distinct vibrato on which he said to hist students that his vibrato was something natural.

Still, there was disagreement. Renowned pianist Arthur Rubinstein, for example, said he just accepted the fact that Heifetz was said to be the greatest violinist of his time. According to him, Heifetz had never touched his heart.

The oldest recordings date from 1917, the latest from October 23, 1972, a record of Heifetz's last concert. And that unmistakable Heifetz tone is heard again and again. Admittedly, Heifetz had beautiful instruments, yet another secret that physics has never unraveled. At a relatively young age he had two Stradivari, both with a clear, powerful tone. In the early 1920s he also bought a somewhat warmer and mild sounding violin from Guarneri del Gesù, a student of Stradivarius, for ten thousand pounds sterling. This became his favorite instrument. However, while teaching after his last concert, he played on a student violin and still brought out the most beautiful tones out of it, so his students definitely couldn't hide behind their instruments. 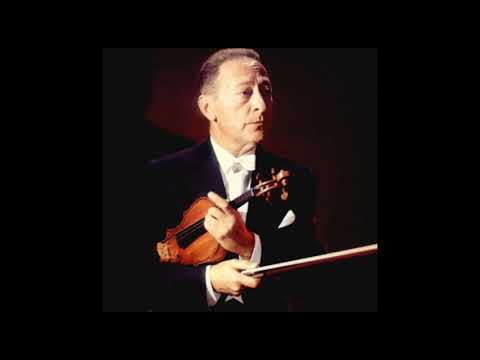 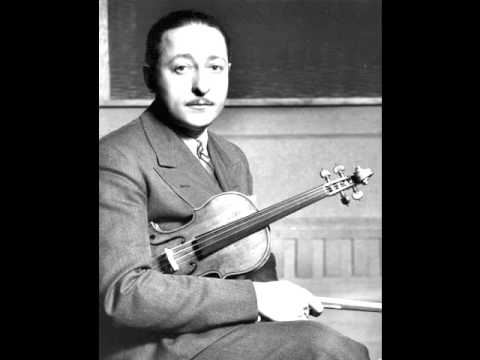 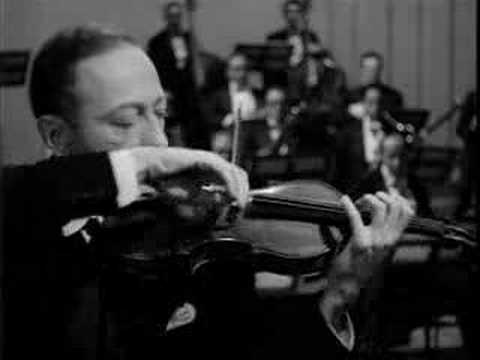 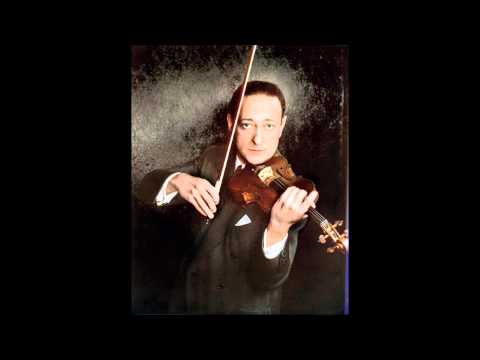 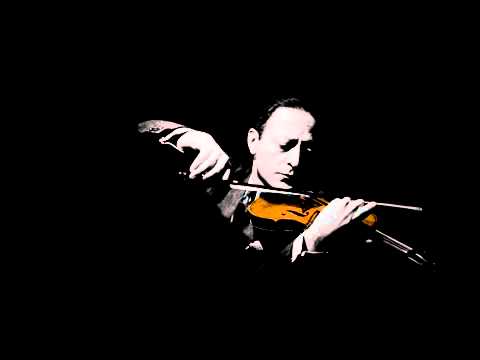 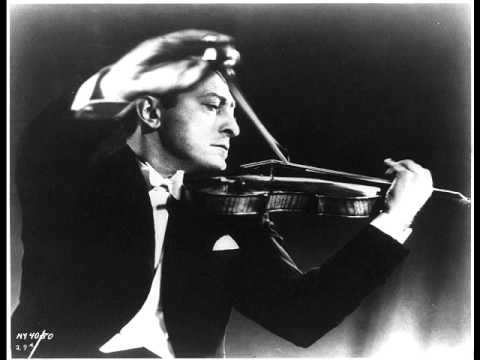 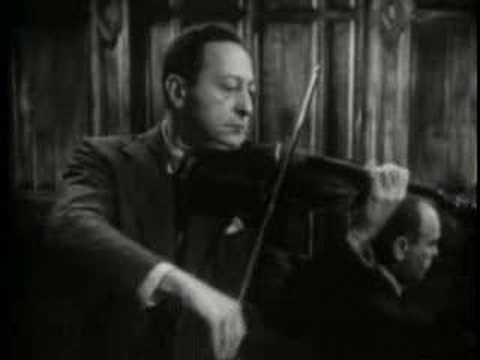 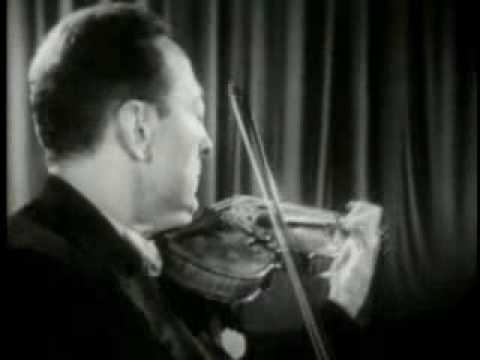 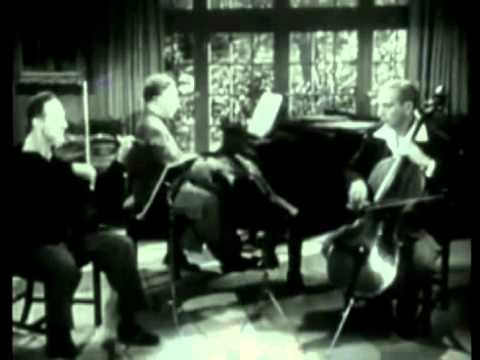 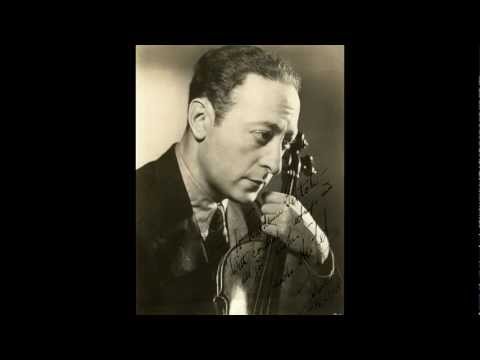 Wieniawski - Polonaise No. 1 in D Major 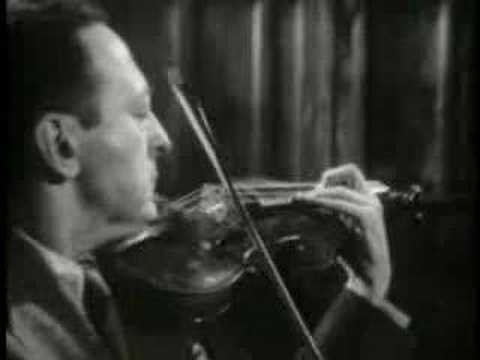 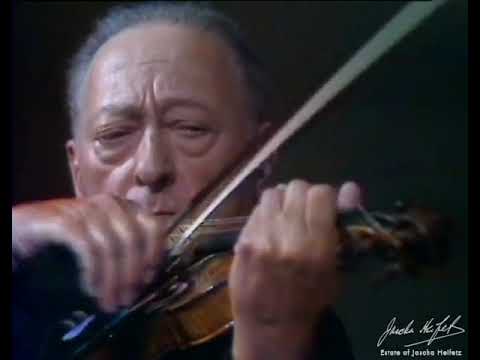 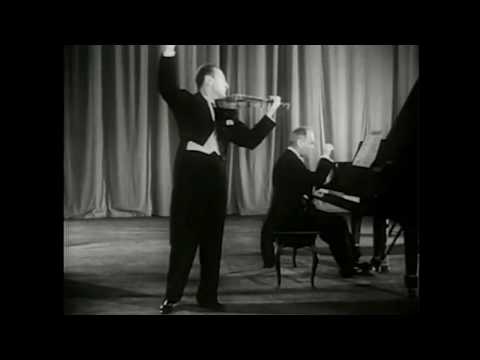 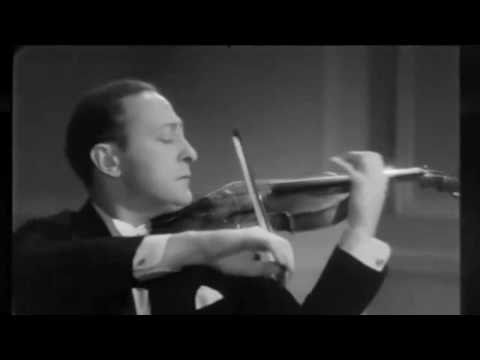 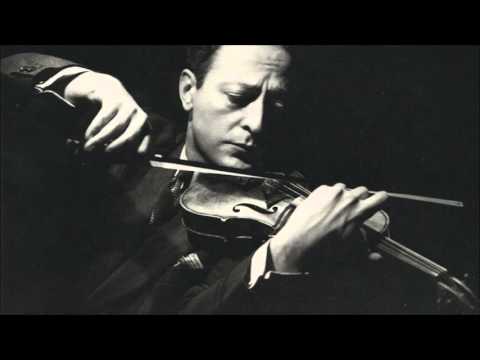 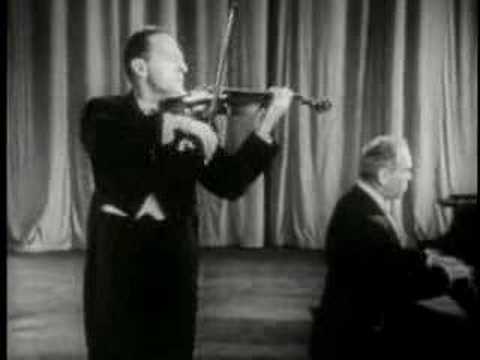