The violin is one of the most played instruments in the world, partly due to the amazing pieces composed for it. To guide you through the best of it, here is a Top 10 of the Greatest Violin Pieces in All of Classical Music.

Although the violin itself did not change much after its initial invention, the amount of genres, styles and techniques it brought to life, is quite impressive. Some of the first, currently renowned composers arose during the relatively early stages of the violin, during the Baroque Period. Names like Vivaldi, Handel, Telemann, Bach and Haydn come to mind, and rightly so. They truly revolutionized the way classical music was played and laid the foundation for what we now have. After this, the violin embraced the Classical- and Romantic period which brought about most of the currently played classical repertoire for the violin. Although it's difficult to summarize 500 years of violin composition, I'll give it my best shot.

Bach has always been a major inspiration to classical music in general. It is difficult to imagine what kind of genius you have to be in order to compose pieces with this level of virtuosity, complexity but still, such clear structure.

Over the years, I've heard many people say things similar to "everyone is inherently creative". However, is anyone really creative when you have Bach to compare yourself with? Coming up with something like this when there are so few other composers to take inspiration from, is genuinely remarkable. This piece predicted the success of the violin far in advance which you will understand when listening to the piece. 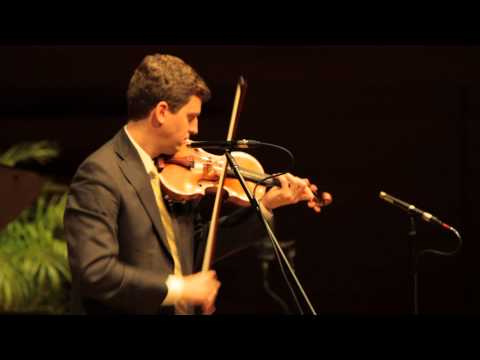 It is the foundation for the majority of violin repetition. Of course, we all know the famous concertos by Tchaikovsky, Mendelssohn, Bruch, Paganini etc. But this piece is the foundation on which everything is built, like the columns on which a Greek temple rests.

It might not sound as exciting as some other repertoire, but the way the piece is put together with a structure based mainly on scales, make it extremely noticeable if a part is not played perfectly. Furthermore, this piece is in contrast to many other concertos, in the sense that it is more about the beauty than the fireworks. It is part of the reason why you should only play this piece when your sound has matured to an exceptional level. It is what you would expect from a genius composer like Beethoven and it would be a shame not to put him here. 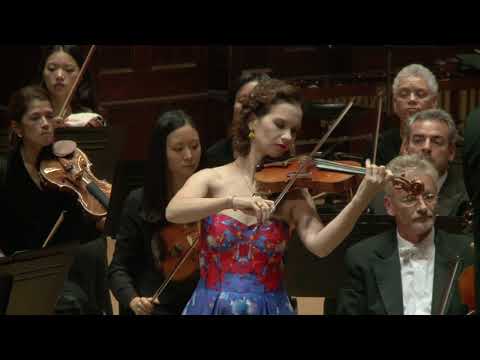 Tchaikovsky only wrote one violin concerto. It seems as though he had no intention of making another one and therefore put all his inspiration and energy into this one. Whatever the cause may be, it doesn't get much better than this.

What is special about this concerto is that the level of difficulty is above that of most other concertos. Mendelsohn, Bruch and even Paganini will not compare to Tchaikovsky. This does get comprehensible when you hear the fast octaves, double stops, flying spiccato, tenths, and 4-note chords in all positions, not to mention the extreme amount of romance in the second movement which requires exceptional phrasing to do it justice. Your fingers will be in a world of suffering trying to get the tricky parts, as Itzhak Perlman himself said, but it is a piece that will not leave your mind after you have given it a listen. 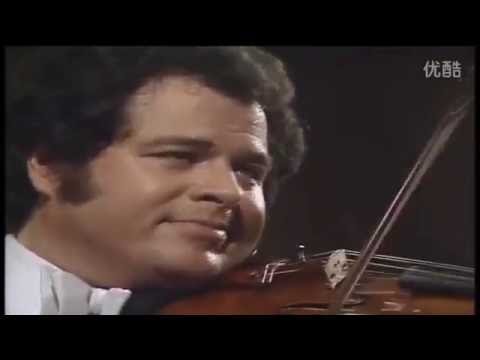 The sonatas written by Beethoven are renowned to the point where they don't even have to be mentioned anymore. However, to give this piece the honor it deserves, it gets a very respectable 4th place. What makes this piece stand out among other things, is the prominence of the piano. It is said that Beethoven intended to write this piece for the piano, with the violin as an accompaniment. Beethoven therefore speaks of the sonata as for "Klavier und Violine A-Dur".

Nevertheless, in the violin repertoire this type of sonata is considered to be one of the violin sonatas, because the violin appears to have the leading melody. Everything aside, the real art lies within the question-and-answer relationship of the instruments and the amazing harmony it creates. 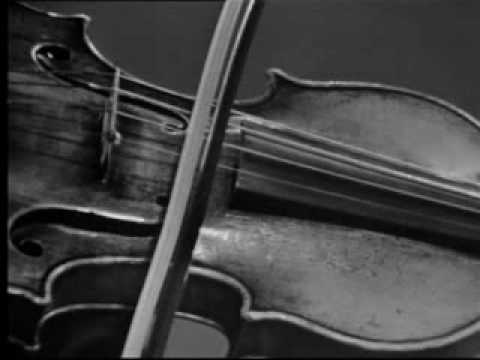 We all know the famous 24th caprice by Paganini. However, Nathan Milstein has made a sublime representation of what Paganini was about. When you listen carefully, you can pick up traces of Paganini's 6th caprice and his first and second violin concerto.

It should be said that it was a very conscious decision to put Hilary's playing here instead of Milstein's. Apart from the sound and video quality, she has such amazing intensity combined with perfect clarity, rhythm, dynamics, intonation etc. to the point where it seems to be superhuman. She does justice to every note she plays, regardless of the difficulty just like Paganini and Milstein would have wanted. Whether it is her pinky thrills, flying fast octaves, difficult double stops, sul G or tenths, she plays it flawlessly. 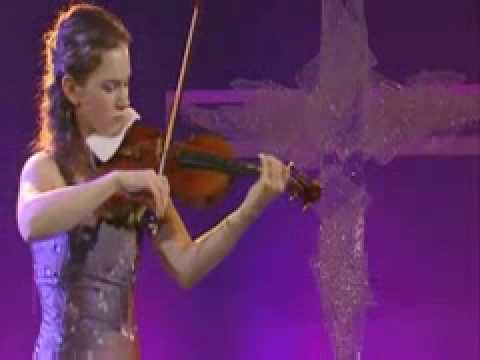 What makes this piece so special is how both violins are essentially playing contrasting solo parts (ritornellos) that once combined, create a very harmonious new piece. It is one of the most famous works by Bach and it's considered standard repertoire for the average violinist. The recording too, can matter a lot when it comes to the success of a piece. Yehudi Menuhin and David Oistrakh together, have an intensity that suits the piece as if it was meant to be.

It is among the most famous works by Sarasate. It has been the inspiration and motivation of many violinists and its versatility makes the piece liked by pretty much every classical violinist. The piece has a very dramatic opening in which the whole orchestra has a prominent role. Thereafter, the high notes on the G-string have an unmatched intensity in the tone of the violin. Afterwards, there is a lot of variation on how the theme in the beginning is played, although it stays recognizable with its harrowing emotion.

That's when the spiccato, ricochets and glissando's come in, triggering a sudden feeling of hope and happiness that's there to stay throughout the piece. The emotions displayed at the beginning and the end are total opposites, which makes it such a special piece. 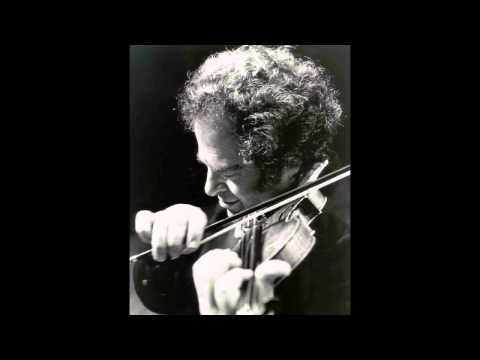 This piece is renowned for its intensity. It has a reputation of being one of the most difficult pieces written for the violin and falls right into the habit with which Ysaÿe composed his pieces. His compositions stand out in particular, when it comes to making use of changes in tempo, which help emphasize what he wants to get across. Besides the rubato, the way he combines dynamics with technically very challenging left-hand techniques really sets him apart from the mainstream. The piece is excellent at displaying both the passionate and brutal side of the violin. In a way, it is an all-rounder. 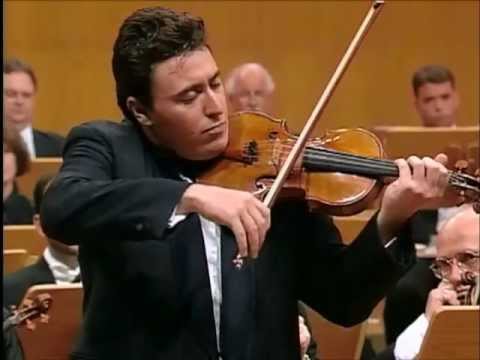 This piece has a beginning that resembles the 2nd movement of a concerto, after which it seems as though it continues as a finale of a 3rd movement. If you were thinking that too, you were quite right.

Saint-Saëns actually wrote this rousing part with the intention of making it the 3th movement of his first violin concerto. Although he changed his mind apparently, it doesn’t take away from the obvious outstanding musical ability with which Saint-Saëns was able to compose it. The virtuosic arpeggios with the chromatic scalar passages are amongst Perlman’s specialties and do full justice to the piece. 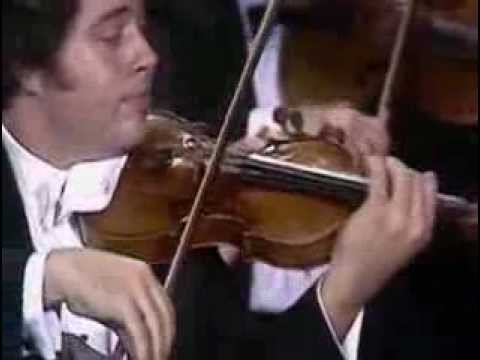 There’s some background to this musical thriller. It is said that Giuseppe Tartini was severely depressed to the point where he wanted to end his own life, because of his financial struggles. The night before he would commit suicide, he dreamt of the devil telling him that if he sells his soul to the devil, he would be made the most famous violinist in the world.

Right after, the devil started playing on the violin which impressed mister Tartini so much, that right after he had woken up he tried to recompose it as accurately as possible and this was the result. The legend only makes a piece better and both the legend as well as the performance are very fitting to the composition, which truly makes it a pleasure to listen to. 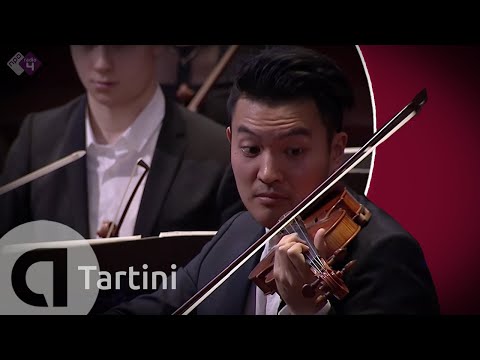 Why no Heifetz ?E.G. in Sarasate.

Robert Salvage
a year ago

They are all totally wonderful as are the artists

Sensational post on the Violin. The difficulty of any piece can be considered using many variables. Some include the required bow control, agility ,vibrato, tone quality, temp and emotional stability. It is certainly up for debate on which piece is the most difficult to play. My personal opinion for the hardest Violin piece is “Paganini, 24 Caprices”
If you would like to see our take on the hardest pieces for the Violin, please visit our website.
If you have enjoyed reading through our post, please feel free to let us know!


Thank you so much! 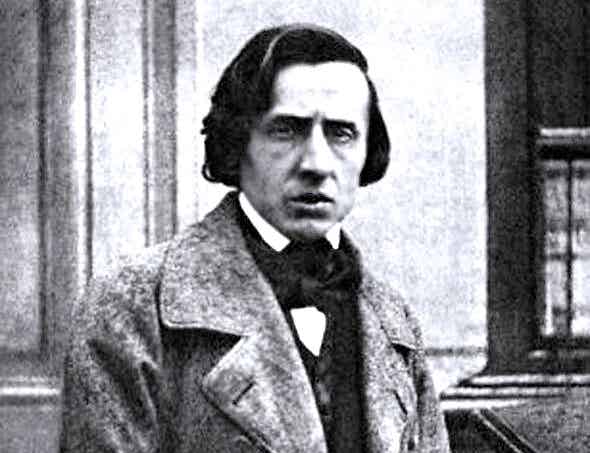 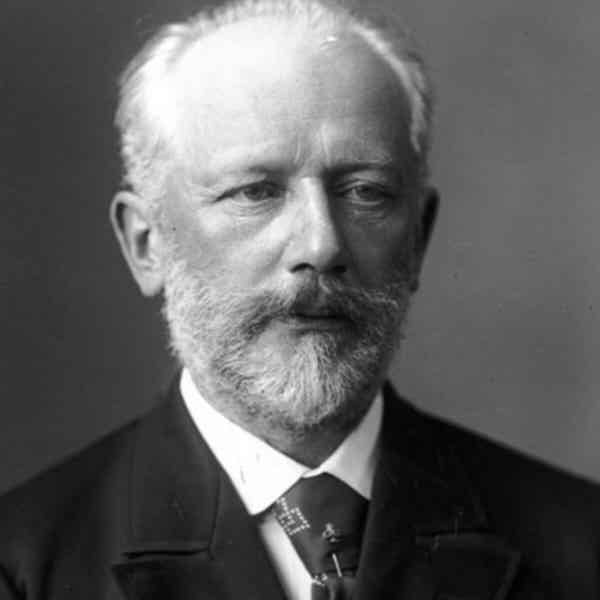 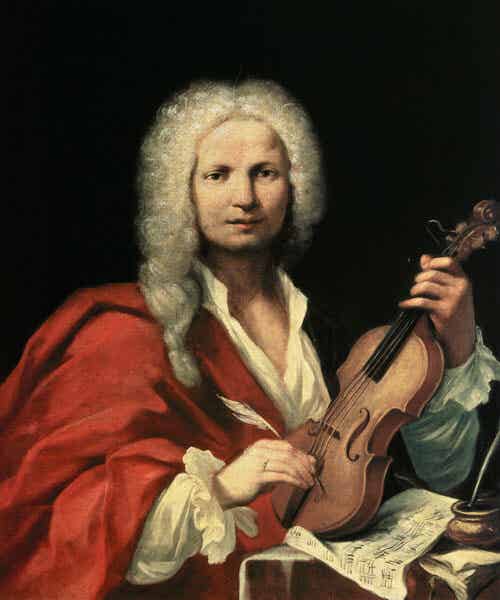 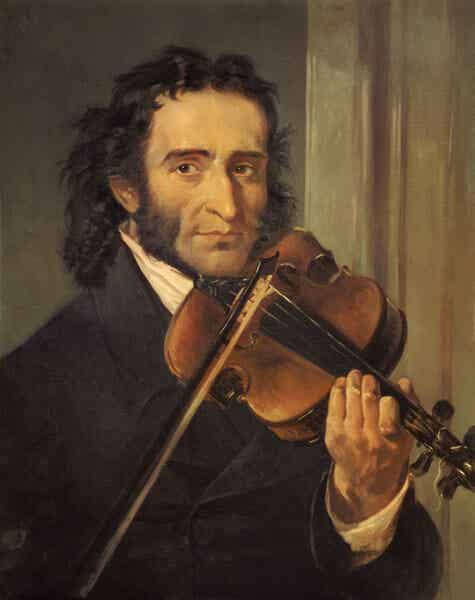 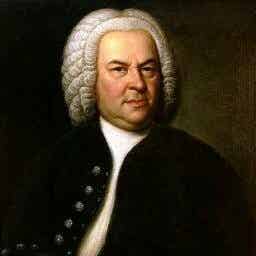 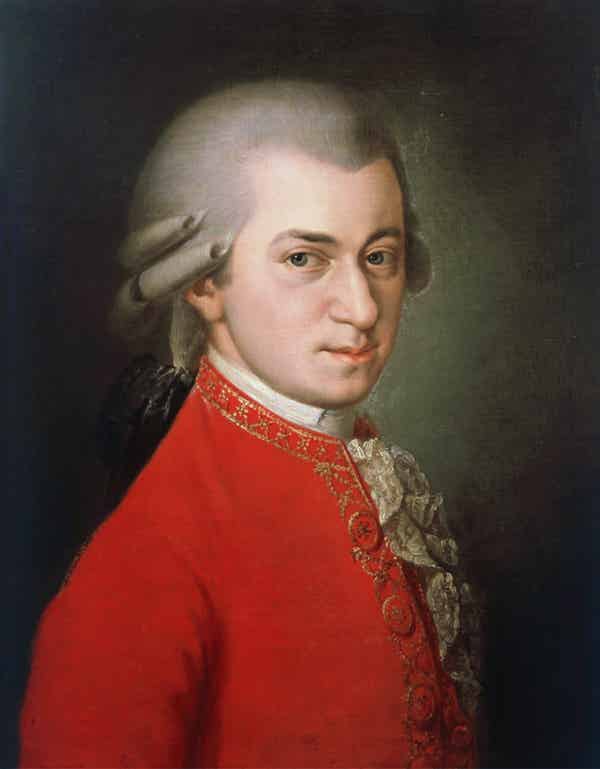 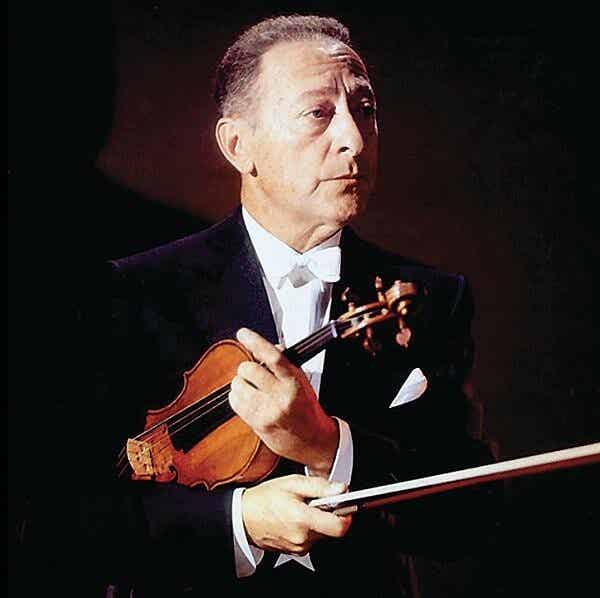 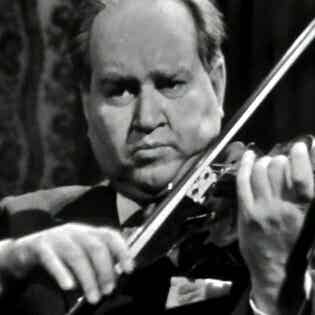 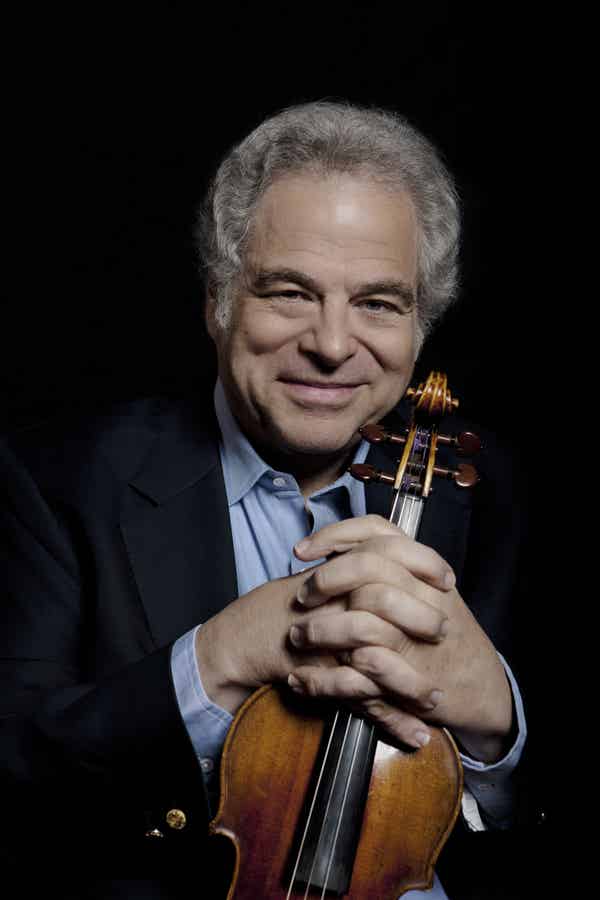 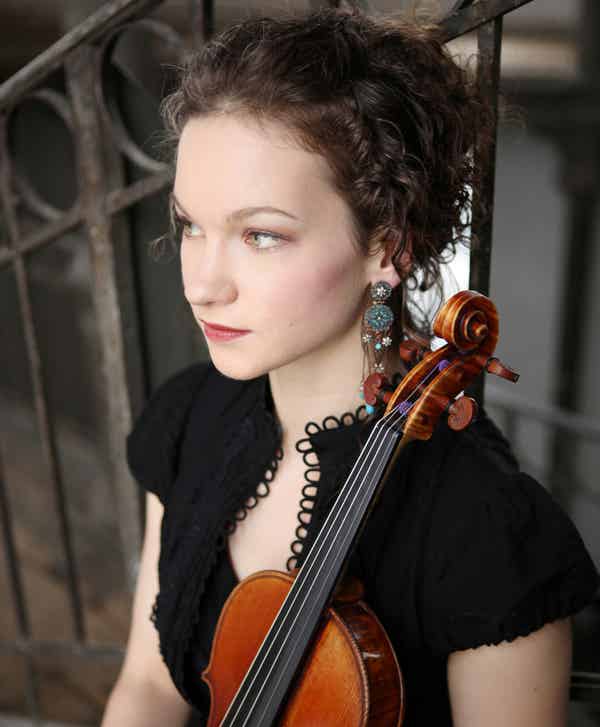 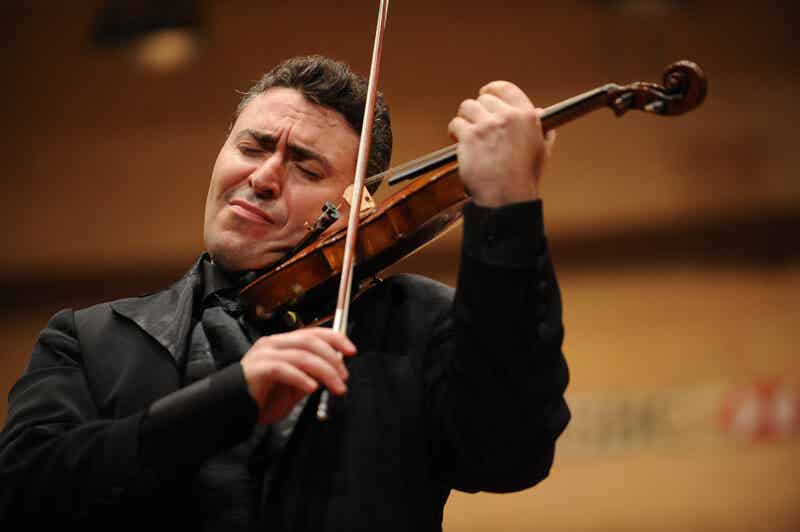 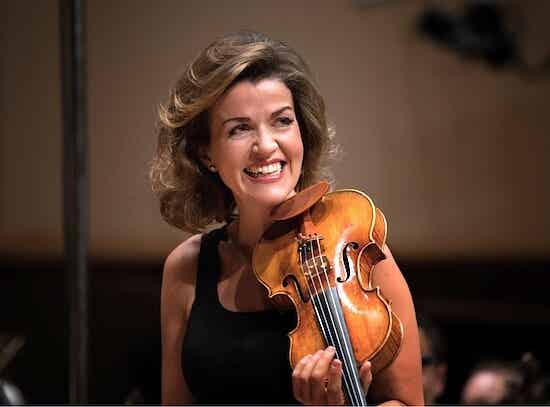 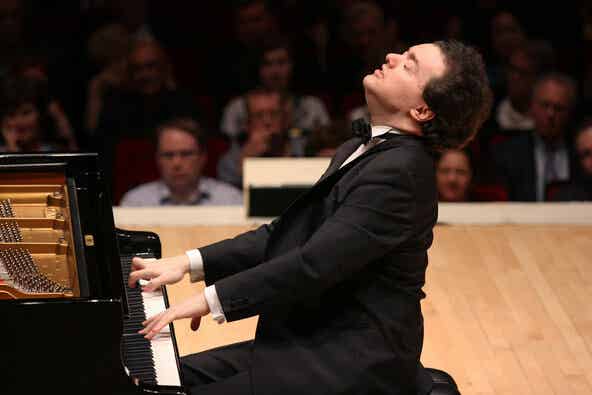 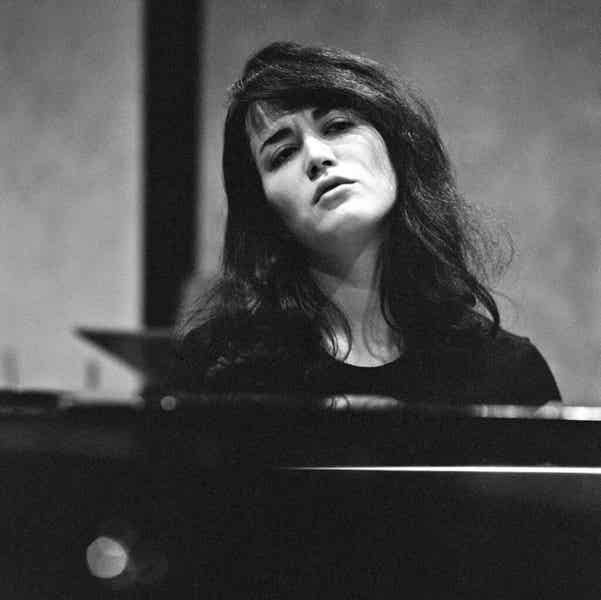 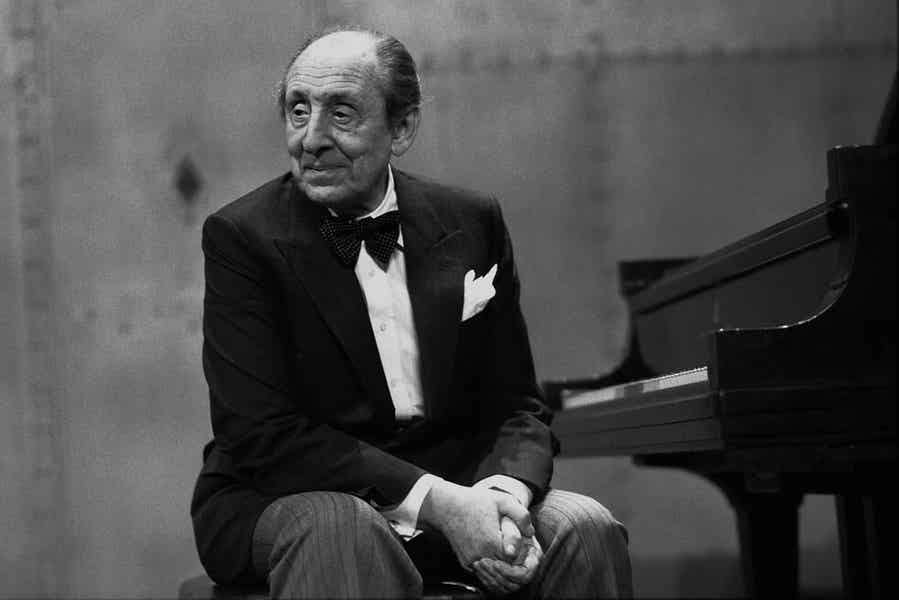 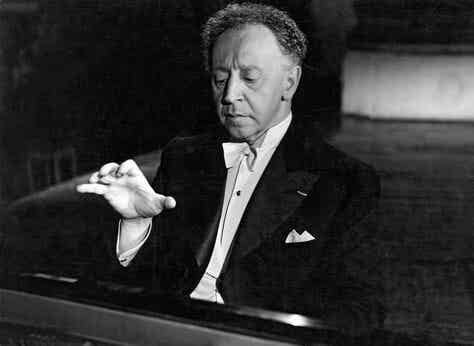 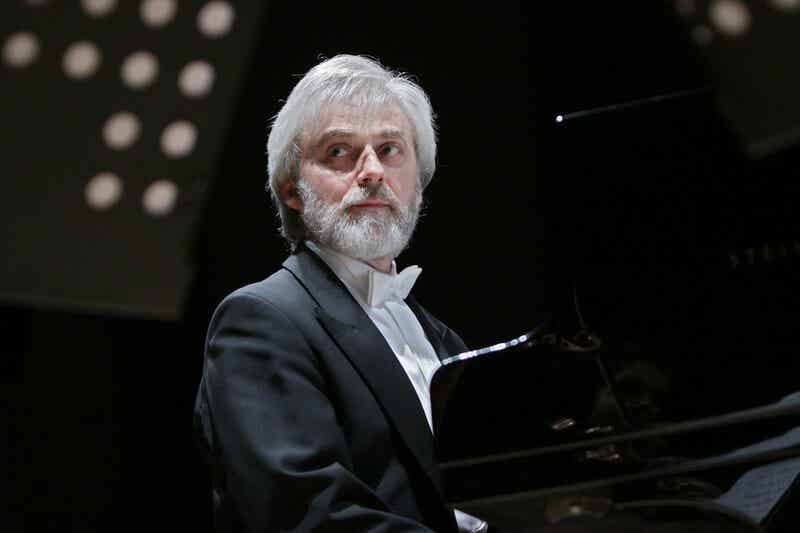 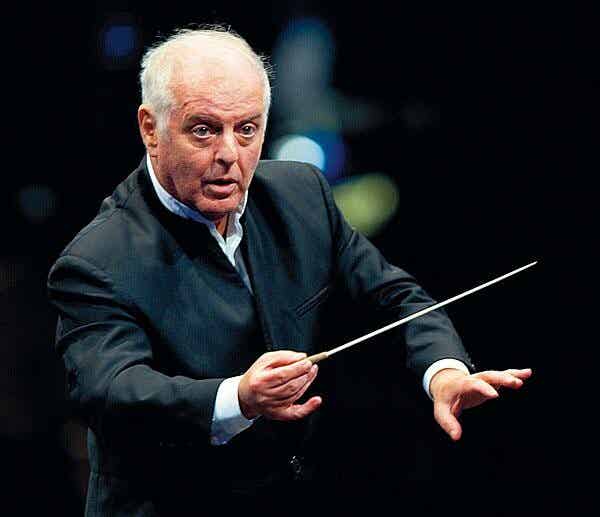